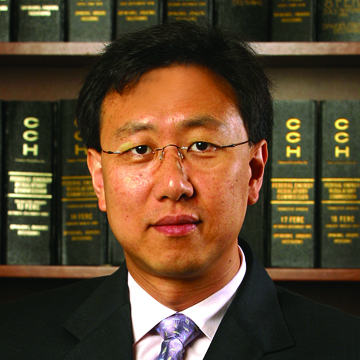 Dr. Park is a Senior Consultant at BLDS, LLC. He specializes in labor economics and statistics.

Dr. Park has extensive experience in performing statistical analysis of discrimination and wage-and-hour issues for single-plaintiff and class-action cases. He has also conducted numerous workforce audit studies as well as studies on geographic wage differential, disparate impact of hiring and promotion tests and performance evaluation, issues relevant in wage arbitrations, and availability and utilization of minorities and women.

Dr. Park’s expertise also includes maintaining and analyzing large databases--required for the assessment of damages or execution of comparability studies--such as the 2000 U.S. Census of Population and Housing, American Community Survey, Current Population Survey and its various supplements such as Displaced Worker Supplements, and employment and procurement contract data of client companies and government agencies.

In addition, Dr. Park is conversant with many low- and high-level computer programming languages and has written user-friendly software and sophisticated simulation programs.

Prior to joining BLDS, Dr. Park was a lecturer at Princeton University before he joined NERA Economic Consulting in 1995. He occasionally taught statistics to MBA students at Northeastern University in Boston, Massachusetts.

“English Speaking Ability and the Earnings of Immigrants in the United States,” American Journal of Economics and Sociology, 1999.

“Measuring Education over Time: A Comparison of Old and New Measures of Education from the CPS,” Economics Letters, 1996.

“Changes in U.S. School Quality: What Do We Learn from Immigrants?” mimeograph, November 1995.

“How Much Is a Year of Attended but Not Completed Schooling Worth?” mimeograph, December 1994.